Left Turn Accidents in Texas: Who is at Fault? 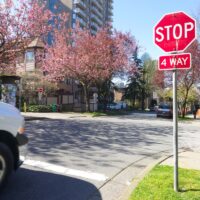 Sometimes, the circumstances leading up to car accidents are clear, e.g. a drunk driver ran through a red light, hitting drivers or pedestrians who were following the rules. In other cases, reconstructing the accident and appropriately apportioning fault can be more complex. With rear-end accidents, it’s typically the driver in the back who is legally to blame (although not always). What about left turn accidents? Is there a general rule about which driver is always at fault, or at least usually at fault? Read on to learn about left turn accidents and liability in Texas. Call a dedicated Beaumont car accident lawyer for assistance if you’ve been hurt in a Texas car crash.

How Did the Left Turn Accident Happen?

Left turn accidents are often less clear-cut than, for example, rear-end crashes. Left turn accidents typically involve one vehicle turning left at an intersection colliding with an oncoming vehicle going straight through the intersection. Either driver can be responsible for the accident, depending upon the circumstances.

Drivers turning left must yield in appropriate circumstances. If they fail to yield as required under the law, then they may be at fault for the accident. Under Texas traffic law, left-turning drivers must yield to oncoming traffic when:

Drivers may turn left without worrying about yielding when they have a green left-turn arrow signal, when they are turning left from a one-way street onto another one-way street, or when there is no oncoming traffic in sight.

If a driver turns left when there is oncoming traffic, without yielding, the left turn driver is likely to blame. If the driver turns left with a green arrow and is struck by an oncoming driver running a red light, then the second driver is almost certainly to blame. Fault depends on all circumstances leading up to the accident. Was the oncoming driver speeding? Were they driving while distracted by their phone, or were they intoxicated? Was the driver turning left tailgating or trying to dart between gaps of traffic? Any of these factors could affect who is ultimately to blame, and who is ultimately liable for any damages that result.

It’s possible that more than one party is at fault; in fact, it’s quite common that there’s no one party entirely to blame for an accident. Texas law allows for this reality via the legal concept known as “comparative negligence.” The principle behind comparative negligence is that defendants should only have to pay for a portion of the resulting damages if it’s fair to say that someone else, including the accident victim, was partially to blame. Defendants should only have to pay a fair share in accordance with how much of the accident was actually their fault. Plaintiff accident victims, in turn, might have contributed to causing the accident, but they can still recover at least a portion of their damages, offset by their percentage of fault.

In Texas, plaintiffs can recover at least some of their damages so long as they were not more than 50% at fault. In the example given above, Driver A would not be able to recover any damages from Driver B, even if Driver A was injured, because the jury found Driver A to be 75% at fault. In some states, Driver A and Driver B would both be able to collect damages, even if one party is far more to blame.

Even if you were partially at fault, you might still have a claim for damages. Talk to a knowledgeable traffic accident lawyer about your case to learn whether you are eligible for compensation for your injuries and other damages.

If you’ve been hurt in a left turn accident or any other type of car crash in Texas, contact the experienced and trial-ready Beaumont personal injury lawyers at the Gilbert Adams Law Offices for a free consultation on your case at 409-835-3000.