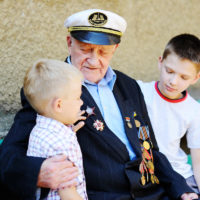 Thousands of current and former members of the Armed Services who suffered hearing damage during their service have filed lawsuits against the makers of earplugs that manufacturers claimed would protect their hearing. These servicemembers claim that manufacturers knew that the earplugs did not work as advertised yet sold the products without warning users of their shortcomings. Learn more about the lawsuits below, and contact a Texas product liability lawyer with any questions you may have.

Members of the military are often exposed to extremely loud noises, especially when involved in active combat or aircraft maintenance or operation. In order to protect their hearing, servicemembers were provided with pairs of Combat Arms Earplugs version 2 (also known as CAEv2), supplied by 3M. These earplugs offered two levels of sound protection. One end of the earplugs were made to block only extremely loud noises but to allow the user to hear softer sounds, such as a commanding officer’s verbal instructions. The other end of the earplugs blocked as much sound as possible. These earplugs had allegedly been tested by the manufacturer and were found to meet military standards on sound protection.

Combat Arms earplugs were distributed to military members from 2003 to 2015. However, what neither the military nor these servicemembers knew was that testing had revealed problems with the earplugs as far back as the early 2000s. Aearo Technologies, purchased by 3M, had found in testing that the earplugs were too short to remain inserted fully in certain users’ ears. The manufacturers found that, for certain users, the earplugs had to be inserted in a very distinct way to remain effective in blocking out noise. The manufacturer included no special directions on how to insert the earplugs. As a result, countless users of the earplugs did not receive complete protection from hearing damage when using the earplugs.

In 2018, a whistleblower filed a lawsuit against 3M under the False Claims Act, a law which allows private individuals to sue on the government’s behalf when a person or company has lied when seeking government funds. The suit claimed that the manufacturer made false claims about the Combat Arms Earplugs when seeking its exclusive contract to supply earplugs to the military. The claim was settled for $9.1 million, but 3M did not accept any liability in paying out this settlement. None of this $9.1 million will go to members of the military who experienced hearing damage from using the faulty earplugs.

Now, thousands of members of the military have filed suit against 3M. The lawsuits are seeking money damages for the hearing loss that these veterans suffered as the result of using the defective earplugs—harm that could have been prevented had the manufacturer disclosed the defects discovered during testing years before the servicemembers used the earplugs. Many of these individuals now suffer from tinnitus, which involves a constant ringing in the ears, and they must use hearing aids despite having had excellent hearing before entering the service. Veterans with hearing loss who relied on the earplugs to protect their hearing continue to file suit against 3M every day.

If you’ve suffered an injury as the result of a defective product or are a Texas veteran with damaged hearing after using 3M Combat Arms Earplugs, contact the aggressive and effective Beaumont personal injury lawyers at the Gilbert Adams Law Offices for a free consultation at 409-835-3000.