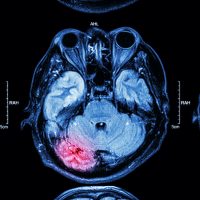 Traumatic brain injury (TBI) commonly occurs after a traffic collision, slip and fall, or some other injurious event. While TBIs range from mild to severe, even a mild TBI can have significant and life-long consequences on the health and well-being of the injured party. Severe TBIs often cause lasting damage, significant functional limitations and even death. Continue reading to learn about the different types of injuries that can affect your brain in an accident. If you’ve suffered a concussion or other traumatic brain injury as a result of someone else’s negligence in Texas, call an experienced Beaumont traumatic brain injury lawyer for help seeking monetary relief.

Concussions are the most common form of TBI. A concussion is a brain injury that occurs as a result of a sudden impact on the head or body that causes the brain to bounce around or twist inside the skull. Also, a TBI often causes chemical changes in the brain. The damage inflicted by a TBI is often not visualized on even the most sensitive of diagnostic testing because the damage occurs at the cellular level, which will not be seen on an MRI. . Concussions can range from mild to severe, depending upon the force of the impact and other factors. Multiple concussions can accumulate and lead to more severe and more lasting damage. Sometimes there is a loss of consciousness with a TBI, while others cause more subtle changes in mental status that may not be as dramatic as a total loss of consciousness.

Brain bleeds and clots can be extremely dangerous. Symptoms can appear immediately, or they may take days or weeks to manifest. Like a bruise, the more dramatic signs or symptoms may not occur for days. Like other brain injuries, common symptoms of hematoma include worsening headache, vomiting, drowsiness, loss of consciousness, dizziness, confusion, unequal pupil size, and trouble speaking. Brain hematoma can also cause paralysis of the opposite side of the face from where the brain injury is located. Lethargy and seizures can occur in the long term if the injury is left untreated.

Victims of an accident suffering brain hemorrhage may experience sudden or severe headaches, nausea, vomiting, weakness or tingling in the arms and legs, vertigo, trouble speaking or understanding speech, vision changes, lack of coordination, and in more serious cases, seizures and loss of consciousness.

A diffuse axonal injury (DAI) is the shearing or tearing of the brain’s axons, which are long connecting nerve fibers that help the parts of the brain communicate with one another. Damage to the brain cells, even without bleeding, can result in a number of additional injuries including severe edema. DAI can be hard to detect, but it is extremely dangerous. DAI can cause injury to various parts of the brain, often resulting in permanent brain damage, coma, or death.

Any form of brain injury, including a concussion, can result in edema. Edema refers to swelling caused by an injury. Swelling in the brain can result in the brain pushing up against the skull, leading to severe neurological damage if left unchecked. Patients suffering from cerebral edema (brain swelling) may experience headache, neck pain, nausea, loss of consciousness and various neurological symptoms including dizziness, vision changes, memory loss, irregular breathing, seizure, stupor, trouble speaking, and loss of other bodily functions including the ability to walk.

If you or a loved one has suffered a brain injury in a car crash, slip and fall, defective product accident, or other accident caused by someone else’s negligence, contact the zealous and trial-ready personal injury attorneys at the Gilbert Adams Law Offices for a free consultation. Call 409-835-3000 or contact us online for immediate assistance.