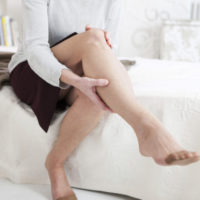 The physical toll taken by a personal injury often lasts for months after the accident occurs —sometimes years. After a traumatic injury, some accident victims are afflicted with a painful condition known as Complex Regional Pain Syndrome, or CRPS. Learn more about this condition and how it is caused below, and contact a knowledgeable Texas personal injury lawyer for more information.

What is CRPS or Complex Regional Pain Syndrome?

What are the symptoms of CRPS?

The primary symptom of CRPS is serious, sometimes constant, pain in the affected limb. Some patients describe it as a squeezing type of pain, while others describe the pain as having a burning or pins-and-needles quality. Other common symptoms can include:

How does CRPS develop?

While the causes of the disease can vary , 90% of all those diagnosed with CRPS suffered a traumatic injury. The injuries that result in CRPS most frequently include:

CRPS can be caused by injuries commonly suffered in personal injury accidents such as a slip-and-fall, motor vehicle accident, or incident of medical malpractice. Victims of these accidents may have a right to seek money damages for their pain and suffering or treatment costs from a CRPS diagnosis through a personal injury lawsuit.

If you’ve been diagnosed with CRPS after a personal injury accident in Texas, find out if you should file a lawsuit for your damages by contacting the knowledgeable and seasoned Beaumont personal injury lawyers at the Gilbert Adams Law Offices for a consultation, at 409-835-3000.