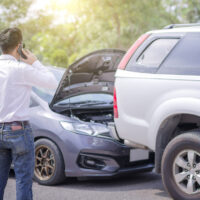 It is important that you are prepared to protect your health and legal rights if you are involved in an automobile collision.  If you’ve never been in a car wreck, you may not be sure of what to do first. You’ll be on the right path of ensuring your legal rights are protected by taking a look at the following suggested steps to take after a collision. Contact an experienced Beaumont car accident attorney with any additional questions after a crash in Texas or the USA.

If you’ve been hurt in a Texas traffic accident, contact the professional and aggressive Beaumont car crash lawyers at the Gilbert Adams Law Offices for a free consultation on your case at 409-835-3000.