Economic and Noneconomic Damages in a Personal Injury Case 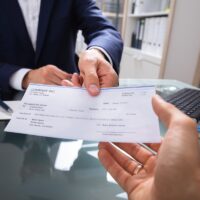 If you’ve been harmed by someone else’s negligence, you may be eligible for a significant monetary award from the at-fault party. In order to maximize your potential recovery, it’s important to understand the types of damages that may be available to you. Continue reading to learn about the economic and noneconomic damages available in a Texas personal injury matter. If you or someone you care about has been injured as a result of negligence in Texas, call a seasoned Beaumont personal injury attorney for help seeking compensation.

Economic damages are intended to compensate plaintiffs for quantifiable monetary harm or loss caused by an accident or other personal injury incident. Any costs incurred by a plaintiff as a direct result of an accident are generally recoverable. Economic damages typically include:

When someone is seriously injured in an accident, they may suffer a variety of mental, emotional, and psychological harm. Their lives may be altered permanently due to their injuries and they may have suffered and continue to suffer emotionally from the aftermath of a serious and life-altering personal injury. Texas law recognizes that Noneconomic damages may be awarded to compensate for harm including:

In Texas, the amount of fair and reasonable compensation for noneconomic damages is left within the discretion of the jury based upon the evidence admitted at the time of trial.

Economic damages and noneconomic damages are collectively referred to as “compensatory damages,” meaning damages that are meant to compensate the victim of an accident for the harm they have suffered. However, under Texas law, punitive or exemplary damages are meant to penalize or punish a wrongdoer for egregious behavior and deter the same or similar conduct in the future.

If you’ve been hurt as a result of someone else’s negligence in Texas, contact the experienced and passionate Beaumont personal injury lawyers at the Gilbert Adams Law Offices for a free consultation on your case at 409-835-3000.