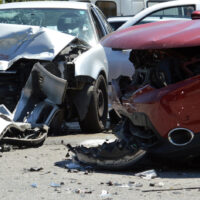 A major accident involving multiple cars sent several people to hospitals on a recent Friday afternoon in Beaumont. The crash was one of nearly a dozen accidents on the same stretch of highway this year, including three just in the last month. Read on for more about the collision, and reach out to a seasoned Texas car accident lawyer if you’ve been hurt in a traffic crash.

Five vehicles were involved in a fiery crash in the northbound lanes of U.S. 69, south of Highway 347, near the Jefferson County Correctional Facility. The accident occurred at around 12:40 p.m. on a recent Friday afternoon. Four people involved were rushed to area hospitals, but, according to officials, none of the victims’ injuries were life-threatening. Police are still investigating the circumstances surrounding the crash.

Third severe accident in a month on Highway 69

The fiery crash represents the third serious accident on northbound U.S. 69 near Beaumont and the 11th accident this year on the same stretch. A month before the present multi-vehicle wreck, there were two separate crashes involving dump trucks on the same day, and one of the dump trucks caught fire.

Texas Department of Transportation (DOT) records show that there have been 11 crashes, involving a total of 27 cars and 28 people injured, on U.S. 69 between the county jail and the exit for MLK between January and August 2019. Highway 69 has been limited to one northbound lane as a result of the ongoing construction of a nearby bridge. DOT officials urge drivers to be extremely cautious in these areas.

If the problem persists, there may be a reason to believe the stretch of highway is negligently designed or maintained. A local gas station attendant who works nearby the construction zone said that drivers have been cutting across the parking lot to skip the traffic, which has caused additional problems. Drivers who undertake aggressive or unsafe maneuvers, or who otherwise fail to account for the limited lane space or other hazardous conditions, may be liable for any accidents their negligent driving causes.

If you or someone you love has been injured in a traffic accident in Texas, contact the seasoned and talented Beaumont personal injury and wrongful death attorneys at the Gilbert Adams Law Offices for help seeking the damages you’re owed by calling 409-835-3000 for a free consultation.