Study Finds Speeding Causes as Many Crashes as Drunk Driving 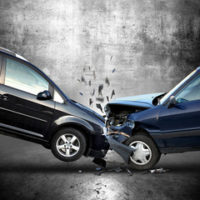 Whether it’s because we are late to arrive at our destination or simply excited to be on an open stretch of road, most everyone has driven faster than the posted speed limit at one time or another. The potential consequences of driving too fast are often disregarded, such as how the sudden appearance of a pedestrian or object in the road could have fatal consequences when we’re driving at an excessive speed. A recent report published by the National Transportation Safety Board (NTSB) serves as a good reminder of just how dangerous a behavior speeding can be. Learn more about the perils of speeding below, and contact a seasoned Texas auto accident lawyer if you’ve been injured in a car accident caused by another driver’s excessive speed or other acts of dangerous or distracted driving.

The NTSB examined reports of fatal accidents received from law enforcement spanning from 2005 to 2014, looking for the rate of deadly accidents where speed was cited by officers as a contributing cause. The researchers found that about 112,580 fatal accidents were linked to speeding during that ten-year span, making up roughly 31% of all roadway fatalities for that time. This is the same as the percentage of people killed by drunk drivers during this period.

Even though the statistics establish that an equal number of motorists are killed by speeding as by drunk driving, some feel that speeding is more acceptable than drunk driving. Jonathan Adkins, the director of the Governors Highway Safety Association, observed, “Speeding is a factor in approximately the same proportion of traffic fatalities as alcohol impairment, yet it is not subject to same social stigma as drunk driving and is often a forgotten highway safety problem despite its clear significance.”

Speed exponentially increases the risk of a car crash

Speeding increases roadway fatality rates for two reasons: First, it increases the likelihood that a crash will occur and second, it increases the intensity of and damage caused by car crashes, making fatalities more likely. As a driver’s speed increases, the likelihood of being involved in a collision increases exponentially, and not just in equal proportion to the increase in speed. The magnitude of damage caused by collisions also increases exponentially based on speed increases. Speeding drivers who cause injuries with speed-related crashes should be responsible for the medical expenses, loss of earnings, pain and suffering and other damages they cause in their victims through a personal injury lawsuit.

If you or a loved one has suffered injuries or damages in a speed-related crash, find out if you’re a good candidate to pursue a Texas personal injury lawsuit by contacting the seasoned, professional and effective Beaumont personal injury lawyers at the Gilbert Adams Law Offices for a free consultation at 409-835-3000.