Why Should I Buy a Dash Cam? 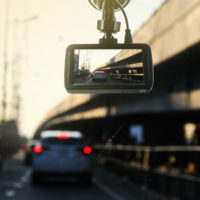 Dashboard cameras, or “dash cams,” might seem like an unnecessary piece of technology for you to have in your car. However, these devices offer more benefits to the average driver than you might realize. Read on to learn how a dash cam could help you in the event of a serious car accident.

An objective perspective on a crash

You might already know how frustrating it is to be involved in a dispute over whether you contributed to cause an accident when you know you didn’t. You might’ve found yourself wishing that a camera had been recording the incident so that you could prove to the insurance carrier or judge that you were driving responsibly when the crash occurred. Dash cams can provide this real-time account of what happened in a crash that can support your version of events. A dash cam can provide an objective account of an accident when the parties disagree and witnesses aren’t available.

Dash cams are installed on a car’s dashboard, windshield, or rear-view mirror, depending on the model. The cameras typically begin recording when the driver starts the car, saving footage to a memory card in the camera and recording over the oldest footage. Some cameras offer the ability to stream footage online during a drive. Dash cams range in price from about $50 to $300, depending on the features included.

Dash cams aren’t always able to capture an accident as it happens, depending on the type of collision. Basic dash cam models point only in one direction, so if the crash did not occur directly in front of the vehicle, the camera footage may not depict how the crash occurred. However, there are now more advanced models that offer rear-facing cameras, as well as 360˚ views, offering a greater ability to capture a crash in any direction. Some dash cams can record a driver’s speed when a crash occurred, which can prove that the driver was driving responsibly prior to a crash. Models that record audio or video in the vehicle’s cabin can also provide the driver a chance to record a description or license plate number of the vehicle that hit them, in case the driver leaves the scene of the crash.

Footage from a dash cam can be provided to insurance carriers or during a trial for damages, offering helpful support for your claims. American insurance carriers don’t currently offer a discounted rate to customers using a dash cam, but insurers will still review the footage from the device to determine if it can offer support for a claim. While dash cams can provide a benefit to a driver who wasn’t at fault, when the driver with a dash cam is in the wrong, having a dash cam can be a detriment. The footage from a dash cam is likely to be considered discoverable, meaning that the opposing side may require you to produce the camera’s footage in court to support their claims.

If you’ve been involved in an accident in Texas, find out if you could benefit from filing a claim for money damages by contacting the Beaumont personal injury lawyer Gilbert Adams for a consultation, at 409-835-3000.